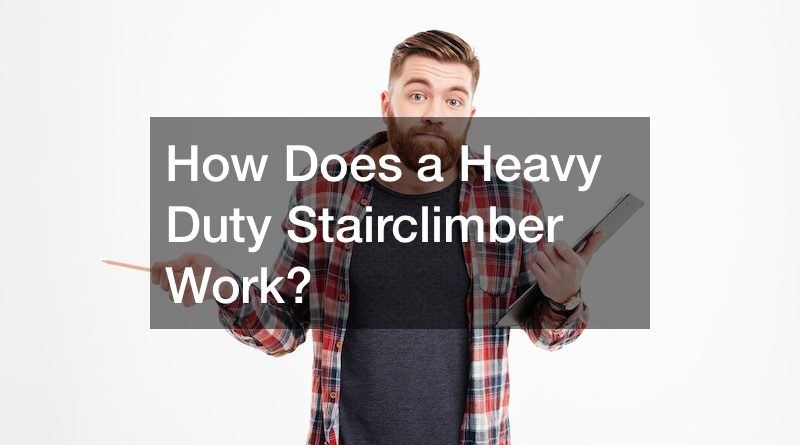 According to the narrator in the video, a heavy-duty stairclimber can move loads of up to 725 pounds while being operated by one person.

The load placed on the stairclimber is secured using a safety strap that can be attached anywhere along the load’s frame.

A heavy-duty stairclimber is typically powered by a rechargeable battery pack. A stairclimber typically has an on and off switch, a switch to adjust the speed of the lift, and another switch to control the direction of the lift. A stairclimber features a climbing or lifting mechanism that does all the heavy lifting while the operator’s only task is to guide the machine. When the device is switched on, fully automatic brakes engage to prevent the load from tipping. 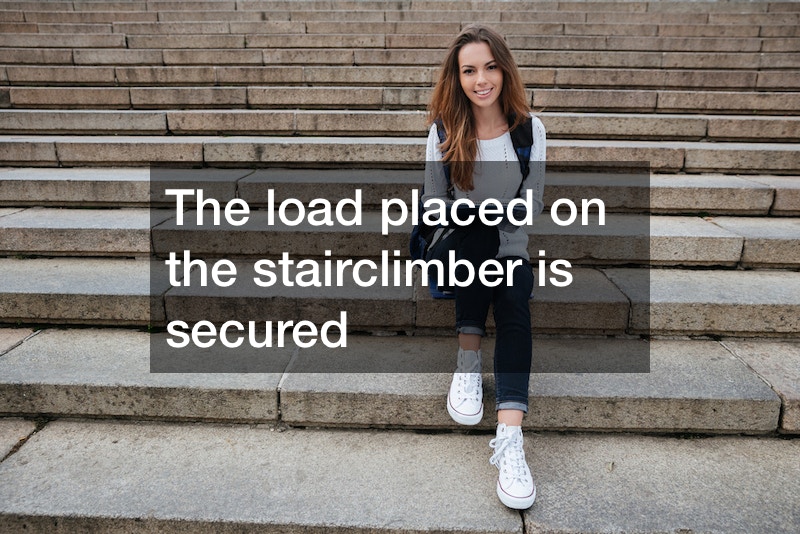