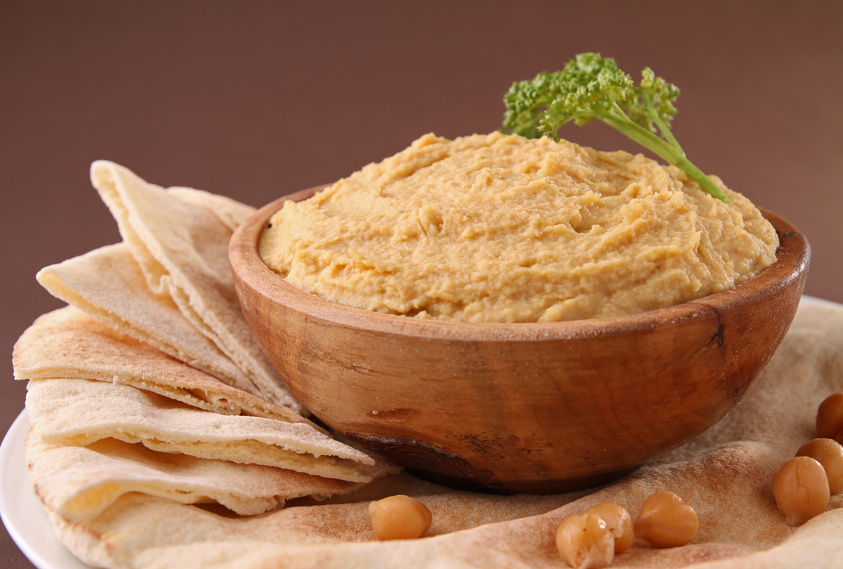 As the Arabic name suggests, hummus is largely composed of chickpeas. The chickpeas are cooked and mashed together with various blends of tahini, garlic, lemon juice, salt, and olive oil. Although it is a middle eastern food, it is served around the globe.

Hummus dips are fairly healthy. They are a good source of vitamin C and iron. Hummus dips also are high in vitamin B6 and folate. For every one tablespoon serving, completely prepared hummus dips have about two grams worth of carbohydrates and twenty five calories.

Hummus dips are often used as appetizers. It is generally scooped with a flatbread, such as pita bread. Many other meals, such as chicken, are supplemented with hummus dips to add flavor. Hummus is a foreign cuisine that can add flair to any meal or provide you with a small and healthy snack.

6 thoughts on “A Dip to Dive Into”